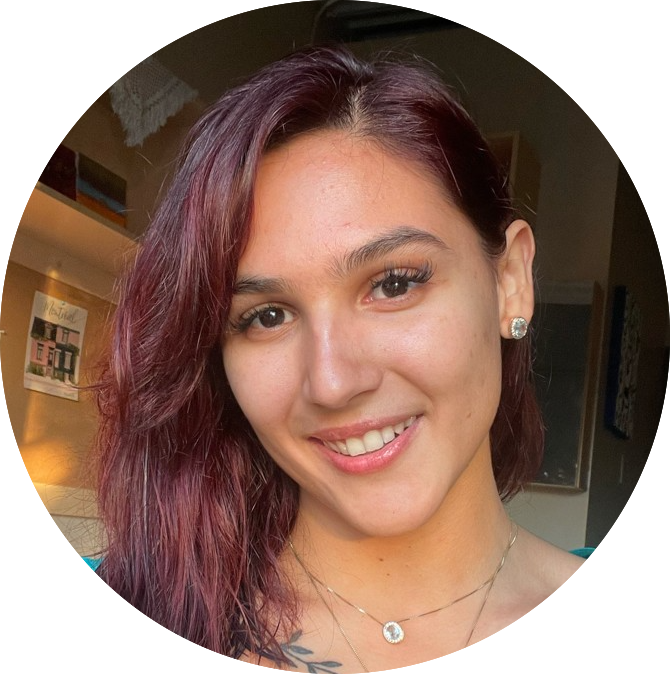 Breaking Down Barriers to Creativity: How hyperPad is Empowering Students and Teachers 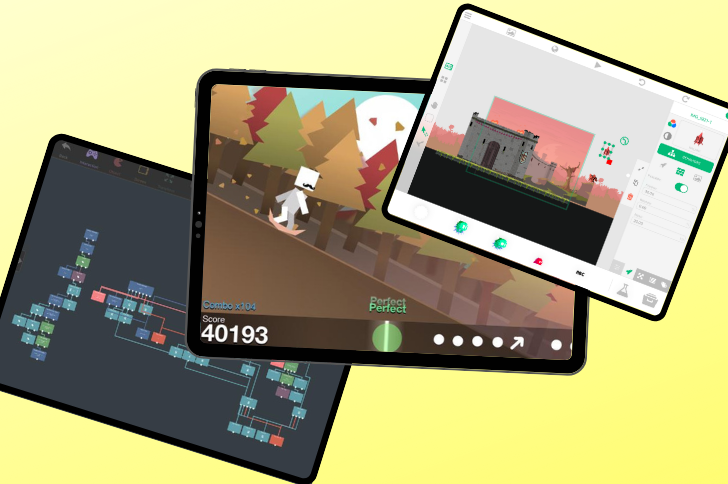 The world’s largest Rube Goldberg machine starts with a mechanical chicken laying an egg and ends by lighting a full-size Christmas treein Riga, Latvia. There are 412 steps involved in the nearly five-minute-long chain reaction. That makes it a little more than what you might find in a typical high school assignment. As complex as that project was, it served as inspiration. It spurred a man to develop a platform that would encourage even younger students to create complex programming projects. Even better, it teaches coding in the classroom without the students needing to know how to code.

Originally launched as GamePress in 2012, hyperPad initially served as a way to democratize game and app development. It particularly targeted hobbyists and aspiring devs with little to no background in coding and app development. Saadat and his team designed the platform for just that purpose.

But the stories kept rolling in as artists picked it up to create interactive portfolios of their graphics. Musicians used it to create rhythm games that brought their tunes to life. Storytellers created rich media books. Kids explored new worlds and built worlds of their own. Teachers discovered it was a useful tool in the classrooms from early grades through post-secondary. Sadaat quickly learned hyperPad was useful even beyond coding in the classroom.

What we found was, on the education side, teachers were coming to the platform and using our app to teach kids programming, science, engineering, physics and more.

Perhaps the most obvious application in the classroom is teaching kids to code – made more relevant by the fact that schools in countries ranging from Estonia to Singapore are increasingly including programming into K-12 curriculums .

“Let’s say you want to make a quick little game,” he says. “Traditionally, you’d have to spend hours setting up your scene before you even get to the point of adding a graphic or a character. With something like hyperPad, you skip all of that.”

Usefulness Beyond Learning to Code

Coding this way can feel a little like finger-painting or sculpting with Play-Dough, Saadat adds. It’s that element that makes the platform perfect for education in earlier years. “It has that physical feeling to it where you’re manipulating something with your hands.”

But it’s not just coders-to-be who are diving into the app and getting their hands dirty. Students learning physics can see how different forces like gravity and friction are applied to objects in different situations. Young musicians can learn about different notes, harmonies, sounds and rhythms.

“One art-centered college in the US is using animations to make games out of artwork, using iPads as a portfolio for a gamified experience to presenting art in a unique way for someone to consume,” Sadaat says.

Even teachers are getting on board because of the way they can create engaging content specifically designed to meet the needs of their classes, he adds. “They’re not relying on something that has to exist already for them… they’re the ones who know that classroom best and they don’t have that barrier of entry either.”

At their core, games are supposed to be entertaining. But that’s not the be-all-end-all of a game. A game is about spreading your message – creating awareness, educating or something else that you would like to share with your users.

D’Alton works with students from all over the world who have varying experiences, nationalities, age groups and backgrounds. And from that perspective, giving them an effective means of expression and creation is paramount.

Games are very interesting because they transcend language barriers. You can teach someone or you can learn from a game without it feeling so academic. It can provide a more relaxed environment for learning where creativity can flow and there isn’t the pressure of a language barrier in the way.

No-Code Coding in the Classroom in a Software-Heavy World

No-code platforms also reduce or eliminate skill barriers, he adds, noting that that in a software-heavy world, coding can become so complex that it excludes more people than it includes. Learning coding in the classroom, especially in an easily accessible way, helps.

That’s part of the reason no-code solutions are increasing in popularity in sectors outside of education . “We’ve seen [programming] languages evolve that reduce the amount of lines of code from millions to just 10 … website development, which was a huge, huge business in the early 2000s, is all but gone because of large website players that allow you just to drag and drop,” D’Alton says.

And he expects the same will happen in classrooms regardless of subject or grade level, thanks to increasing access and mobility through devices like tablets. “That’s where I think you’re really going to see something like hyperPad flourish in the hands of students. It’s not just confined to the classroom. Through mobility, it can go anywhere and do anything.”

From Kindergarten Through Career

Of course, technology is already entrenched in the educational journey. From a young age, kids are interacting with word processors, presentation software and more. And as they rise through each grade level, they learn how to access more features to use that technology to its greatest effect.

That’s the kind of software that grows with the students who use it, Saadat says, whether they’re building the world’s longest virtual Rube Goldberg machine as a school project or earning a living in adulthood by selling apps created on the platform.

And that’s the beauty of hyperPad, Sadat points out: “It’s approachable from a really young educational level all the way up to post-secondary and beyond,” he says. “Our tool is robust enough that you can still use it professionally down the road.”

Stay up to date

Enter your email to learn about great updates, contests, and new features

Thank you! Your submission has been received!
Oops! Something went wrong while submitting the form. 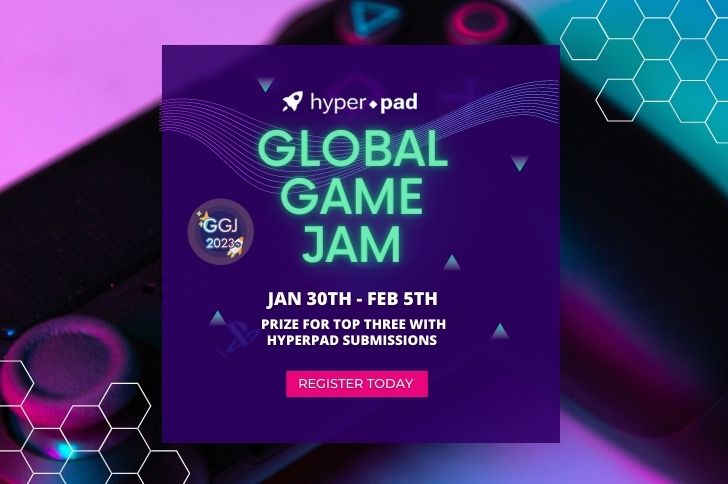 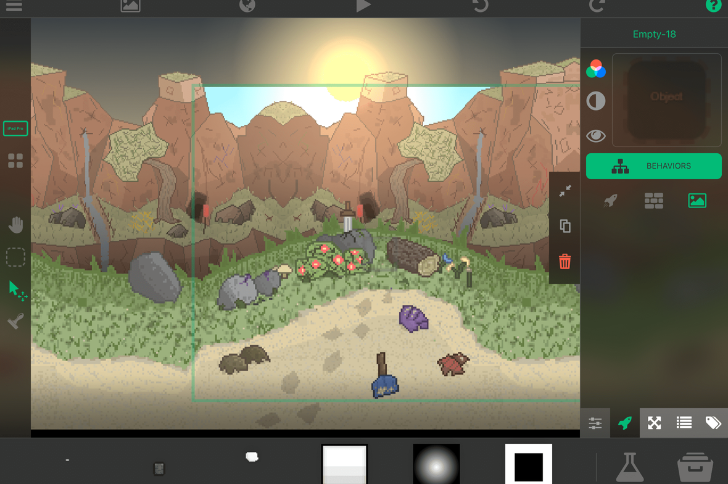 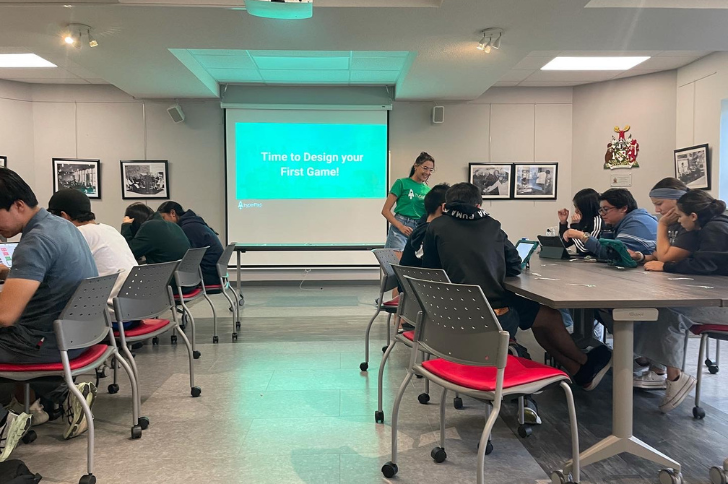